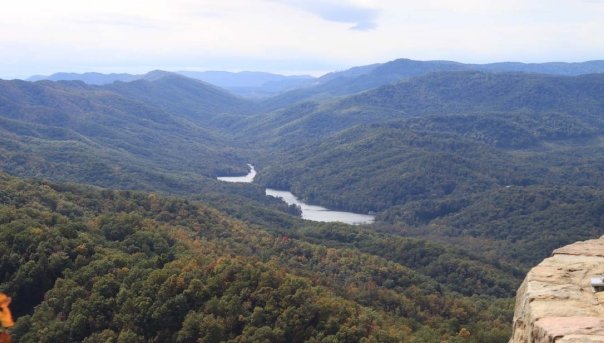 Earlier today, I shared a link to a story from Bloomberg Business about Bit Source, a startup in Pikeville, Ky., that is giving some out-of-work coal miners training and employment as computer coders.

For me, the timing of this positive, hopeful story couldn’t be better, because there is another “startup” that really has me down. It’s the TV show “Outsiders” that recently premiered on a station I don’t want to promote by identifying.

I did enough research, and watched enough of the first episode, to equip myself to condemn it.

The show’s creators are quick to say that the “Farrell” family (named without irony, despite the spelling) and its heritage are fictitious, however, they took the trouble to identify the setting as the eastern Kentucky portion of Appalachia. The cherry on top is that the clan makes its way in the world, in part, by producing and selling moonshine.

They are dirty, illiterate, superstitious, ignorant, in-bred outlaws who periodically emerge from the hills to drive their ATVs through the stores of the local town, stealing whatever they need or want.

Just writing about it makes me feel dumber.

To me, the final indignity is that the show is filmed in Pennsylvania. Eastern Kentuckians get hammered by loathsome stereotypes without the slightest financial benefit even to one local economy.

It’s true, the mountains make us seem small, but trash like “Outsiders” makes us seem smaller in a different, and degrading, way.

Consider, instead, Jim Ratliff, one of the former miners mentioned in the Bloomberg story. To be trained by Bit Source, Ratliff had to pass a series of tests and assessments. He didn’t just pass; he aced them. Ratliff  “credits in part to his years of calculating particle velocities and explosion densities at his old gig.”

(I wonder how many people associated with that TV show could calculate a particle velocity even if it came up and bit them on the nose.)

I am not a supporter of big government; I’m a supporter of smart government. The Bit Source story is an example of what can happen when the public and private sectors work together. The U.S. Labor Department provided a grant so future coders could have an income while they trained.

Additionally, none of this would be possible without Internet connectivity, a scarce commodity in the region. Kentucky Wired is a private-public partnership to expand Internet availability in the commonwealth, beginning with Appalachia. The initiative has run into funding problems, so I encourage Kentuckians to stay up to date on Kentucky Wired, and to be ready to contact your legislator to support this vital effort.