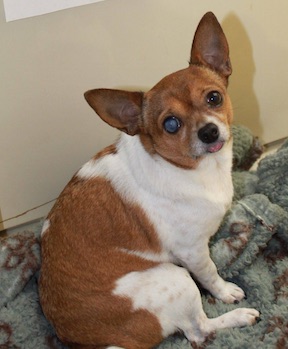 This past Saturday was a sight to behold. Sunshine and mid-70s with a light breeze. Prue* plopped me in the basket for a trip to the park when the strangest thing happened: the roof of the car disappeared. It was a bright, warm trip to Seneca Park and then the roof came back.

I’m telling the truth, I promise. It’s not like the elk.

Prue told me that the car roof is supposed to do that, and in fact the disappearing roof was one of the reasons she bought the car. It still sounds fishy to me, but I digress.

Even though I’m only about three years old, the Magic Eye (see above) has given me perception beyond my years. On display at Seneca Park Saturday were many things I find most endearing about the promise of Spring in Kentucky.

It is vitally important to me that I dwell upon such endearments today. It’s 37 degrees out there. (I know Prue’s going to stuff me back into that sweater.)

At the first hint of Spring, the parks are filled with bipeds wearing the most alarming assortment of clothing. The smartest wear layers and peel as the day progresses. Those in sweaters shove up the sleeves and then turn on the AC when they get back in the car.

Then there are those who jump the gun. They dress as though it’s mid-July. Shorts, t-shirts, flip-flops, and heaven help us if the guys decide to take off the tees. The sun bouncing off that much fish-belly white skin could bring down an Airbus A380.

I love the optimism demonstrated by the jump-the-gunners, and the bravery of those who are convinced the next snowfall could be only 24 hours away. (And, by the way, the latter group often is correct.) As temperatures climb back into the high 50s and low 60s the next few days, I expect to catch the scent of burning charcoal and hear the buzz of weed eaters and lawn mowers.

According to the Olmsted Parks Conservancy here in the ‘Ville, Seneca Park was sort of the final jewel in a crown of parks conceived by Fredrick Law Olmsted. Considered the father of landscape architecture, Olmsted was invited to Louisville in 1891 to help develop the park system. (FYI, his resume includes modest concerns such as New York’s Central Park and the Biltmore Estate in North Carolina.) Eventually the Olmsted firm would design 18 parks and six connecting parkways across the city.

Seneca has more than 530 acres and includes an 18-hole golf course. There is an enormous green (well, it’s pretty brown right now) surrounded by a 1.2-mile walking path located between Pee Wee Reese Road and Rock Creek Drive. There are tennis courts and a great playground. Prue and I saw multiple sports on display in addition to these intrepid would-be kite pilots.

The Kentucky Mountain Bike Association stewards a 10.3-mile trail between Seneca and Cherokee parks, too.

This is a very busy park with lots of vehicle traffic so visitors, especially those with kids, need to be vigilant.

I can’t wait to visit again, but Prue’s going to have to get me some sunglasses, especially for those jump-the-gunners.

One thought on “Adventures of Chip de ‘Ville (Seneca Park)”