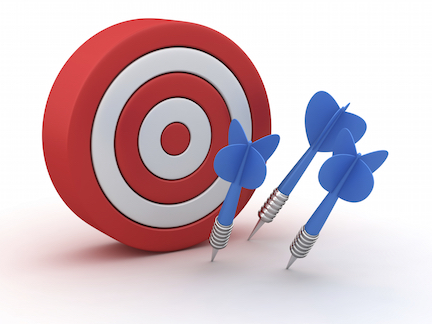 Johnny Carson, longtime host of The Tonight Show, was the master of self deprecation. When a joke bombed, he didn’t steamroll on to another, he’d linger in the awkward silence, as if paying penance. (See 3:17-4:00 in this Christmas monologue.)

Audiences enjoyed his discomfort and loved him all the more for being humble and human.

No one enjoys feeling foolish, but acknowledging that a message has missed its mark is preferable to simply repeating it over and over with no changes.

Consider the case of presidential candidate Marco Rubio in this montage posted by Time following one of the debates last month. It’s possible Rubio’s initial message landed for some people, but I think the constant and unchanging repetition short circuited any benefit it may have had given the senator in his bid for the White House.

For those of us outside the national spotlight, it’s still possible to feel the heat:

How should you respond?

Own up to your errors. If you’ve lost your temper or simply said or published something thoughtless, own up to it. Although context is important, try to apologize without re-stating the offensive or erroneous information. Consider asking a professional for assistance. Don’t compound the error or controversy with a sloppy response.

Hold others accountable for their mistakes. If the news story contained errors, contact the reporter and ask for a retraction/clarification. Keep in mind that it will be more difficult to convince them that they have left out important information, but depending on the circumstances, it could be worth your time to meet with the editor. Letters to the Editor and polite, concise posts on the newspaper/station social media accounts can be effective to tell the rest of the story. If the issue is too complex to be brief, write a blog post and link to it from a comment on the media outlet’s social networks. A scripted and well delivered video on YouTube could be very effective, too. Again, get professional assistance if this is a controversial issue. Don’t play the victim or get defensive, just share the facts you know are needed to give the public a clear picture of the situation in question.

And the yawns? Invest time in practice and research. Speeches, purpose/position statements, interviews and Q&A sessions will go much more smoothly with preparation. Despite what we have seen on the campaign trail recently, this isn’t about stocking up on quips and insults to try to make your competition look bad, or to get payback for a wrong. Get facts from respected sources, including your own people, on why your business, non-profit or position on an issue is best.

For speeches, nail down a length from the venue organizer. In general, for Q&A sessions, set a goal for 15-second responses for most questions. Even shorter is better but avoid one-word answers by anticipating the follow-up question, “why.” Keep in mind that after a minute, eyes will begin to glaze over and ears will begin to tune out. Use a stopwatch as you practice. You’ll be surprised how much info you can share in just a few seconds.

Humor often works but avoid sarcasm, which can be misunderstood, and negativity. Often it is best to let your supporters come to your defense rather than attempt a biting comeback on the fly. Remember your goals for delivering the speech, granting the interview, publishing the post, running the ad. Here are some good, common sense tips from Mind Tools on “thinking on your feet,” that can help when you are feeling the pressure.

The Greek proverb, “know thyself,” is profound beyond an individual’s confidence in his or her identity. It is a great reminder in marketing and communications to stay focused on your stated mission. This goes beyond a slogan or even a mission statement. It requires as much thought, research and preparation as refining your product or service or expanding the reach of your non-profit’s good work.

Remember this exercise from Small Business Promotion, I posted a while back? If your message is missing its mark this is a great way to go back to the drawing board.