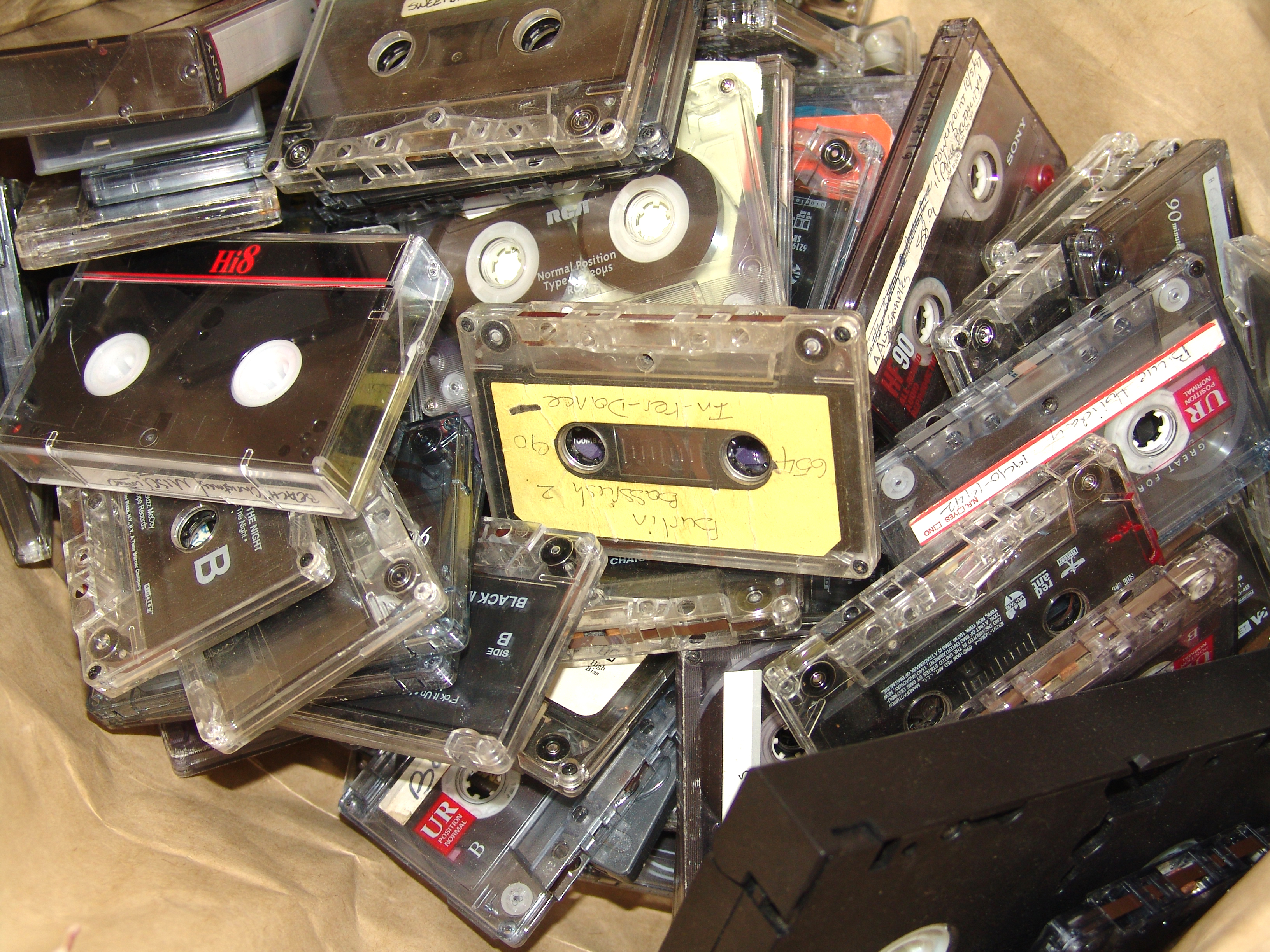 I said it to the dog, the ether, the universe yesterday, like many people, when checking my Twitter feed.

I said the same sad, pointless words when I heard about Robin Williams, Phillip Seymour Hoffman, Alan Rickman … and others.

But music is different.

For the most part, when you watch a movie, that’s what you’re doing, watching a movie. Certainly music is, and should be, experienced in the same concentrated and uninterrupted way … but it’s not always like that.

It’s in the foreground, then moves to the background only to switch seats again. When I need to let a thousand racing thoughts go, music insists, persists and demands my full attention. It’s also the ice breaker and the mood setter for conversations, and the most comfortable of silences, among friends. (Regarding the latter, my sophomore college roommate and I frequently went to sleep listening to Barbra Streisand’s compilation album, Memories, released in 1981.)

Music has helped me write leads for news stories, and on long trips, entire scripts and chapters. (It never judges my stuff, either.) It has never cared if I was speeding, crying, cussing, arguing or plotting as I drove. It never got its feelings hurt when I lowered the volume or changed the station. It’s seen me at my absolute worst, and has never given a crap if I had on make-up or was just wearing my pajamas.

And there are those moments, those unforgettable, eye-popping, gut-clenching and oh-so-meaningful moments, when the song I hadn’t heard “since that time when …” was waiting for me on the station, the long-forgotten mix tape, and these days, Pandora.

I pity anyone who has never been so bombarded with memories contained within a song that they had to pull the car over.

All of those moments, from the “surprise attacks” to the deliberate act of putting a disc on the turntable, have created the soundtrack of a lifetime … my lifetime. It’s an intimate collection of music and musicians unique to my story.

It began with something that looked a little like this*

upon which I heard Cher, Rare Earth, Herb Alpert & the Tijuana Brass, and many others. On road trips to see the grandparents, we switched to these

and Buck Owens, Merle Haggard, Ray Price, and Charley Pride. Then came the cardboard record player and one of these

so my sister and I could start the magnificent journey of defining our own musical tastes. We began with Disney tunes, The Partridge Family, Bobby Sherman, Donny Osmond, and Elvis Presley. Eventually we graduated to 33s and Ronco compilation albums, Abba, Simon and Garfunkel, and Neil Diamond. There were The Eagles, Foreigner, Queen, and REO Speedwagon on the juke box at the Pizza Hut in Hodgenville, and every roller rink in three counties. Then came college. The family sedan only had AM radio, so there was this:

along with some treasured purchases on cassette such as Hall and Oates, Billy Joel, Springsteen, and the Purple One’s 1999.

Finally came a car with this:

and WQMF where I cranked Fleetwood Mac, U2, Zeppelin, and (specifically) Pink Floyd’s Learning to Fly so loud it scared livestock on the county roads I traveled as a greener-than-green reporter.

Richard Strauss, Mozart, Mahler, Copland, and Bach have helped me settle into each new home, and taken me back to the days when I played this

There’s Basie, Ellington, and Billie Holiday who got me through a nasty three-week upper respiratory infection, and Debussy, Barber, and Mussorgsky who helped me finish the best 350 pages of my life.

It’s the framework of the sometimes-lovely-sometimes-messy-but-never-boring mural of our lives. It belongs to everyone, but it’s also so naked, so intimate that sometimes it makes me want to hide.

It’s that intimacy and ubiquity, I think, that makes those of us who grew up in the 70s and 80s grieve so hard at the passing of musicians such as Glenn Frey, David Bowie, Merle Haggard, and now, Prince.

They’ve been in our passenger seats, back seats, kitchens, bedrooms, living rooms and offices–right there with us–through the bullying, the break-ups, the deaths, the loves, the successes, and even some triumphs.

Background music? No way. That sounds so insignificant. They’ve been mastering the soundtrack of a lifetime … ours.

2 thoughts on “Soundtrack of a lifetime”