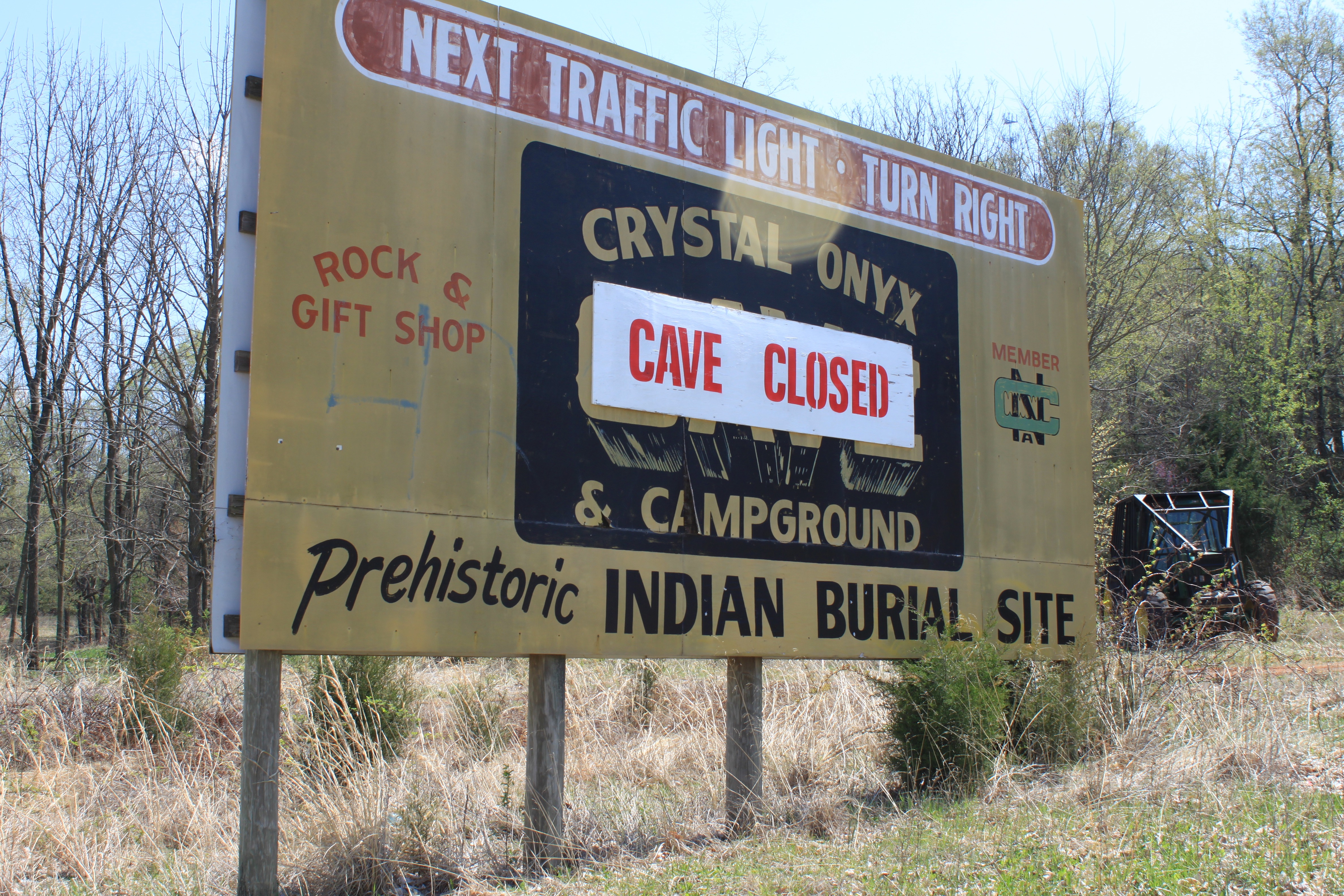 I grew up just a stone’s throw, pun intended, to Kentucky’s cave country. U.S. 31-W must have been a magical route back in the day when the original Wigwam Village was new, Mammoth Cave was privately owned, and every community had  its own roadside attraction complete with jewelry made from “real cave rocks.”

Obviously, Mammoth Cave remains a huge draw to the region, and tourism is extremely important. And as much as I’d love to have a peek at the way things were, I cannot imagine how dangerous cave tourism likely was back then. But on those rare occasions when I travel the old roads, I try to visualize what it must have been like before I-65 was built.

I bet this fence post standing sentinel next to the sign would have some tales to tell.