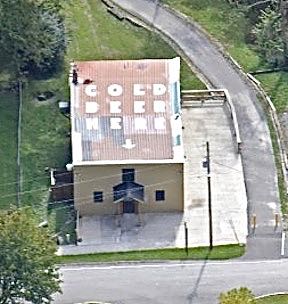 With Amazon’s takeover of the universe showing no signs of slowing down anytime soon, it is easy to minimize our “non-digital” surroundings. However, if you are a brick-and-mortar business owner, you could be missing simple and effective marketing opportunities. Make sure you aren’t Overlooking the Obvious, revisit this blog post from 2016.

It is 3:19 p.m., and I have no idea what I was doing at this time 30 years ago. I was living in Elizabethtown, Ky., at the time, so chances are I was doing Saturday errands, maybe making plans with my mom. Perhaps we were on our way to Magnolia to see my grandparents. I simply don’t remember.

Hours later, however, around the time when May 14 was ending and May 15 began, that memory is crystal clear. I was awakened from a deep sleep, told some dreadful news by my boss, and sent on an eerie drive north to Carrollton. I was a reporter then, for the News-Enterprise. The bus carrying a group of kids and a few chaperones to and from Kings Island that day was owned by a church in our county. The story was national, but for us, it was very local.

By now, the facts are rote: a Carroll County resident, with a blood alcohol level of more than twice the legal limit in 1988, got into his pick-up truck and began driving. Traveling north on I-71, Larry Mahoney no doubt was unaware that he had steered his vehicle across the grassy median and onto the southbound lanes of I-71. He hit the bus head-on, and the impact was in the worst possible location. The fuel tank, situated just behind the front exit, was ruptured, and the bus became a fireball. Investigators said the temperature inside rose to 1,500 degrees, and that toxic fumes from the burning seat covers became as deadly as the flames. In just a few minutes, 24 children and three adults were dead.

With the anniversary in the news, last night I found myself remembering the details of my “first big story,” as a reporter. Five years ago, I’d heard about the release of a documentary on the tragedy, Impact After the Crash. Although I wanted to see it, mostly because crash survivors were instrumental in the production, I wasn’t eager to revisit the story, the names, the faces, the devastating facts.

I watched it for the first time last night. It is available on Amazon via streaming or DVD. There is also a Facebook page dedicated to the film, the memories of those lost, and to the ongoing journeys of the survivors and families.

It is the definition of authenticity.

Of the many survivors interviewed in the film, I had met two. Weeks after the tragedy, the most critically injured remained in Louisville hospitals. I made the drive from E’town not knowing if any of the parents would speak to me, let alone permit me to talk to their hurting kids. I wouldn’t have blamed them if they’d kicked me out on sight.

The parents were gracious. I think with the outpouring of love from home, they wanted to give the community some sort of an update. I remember not really knowing what to ask Harold Dennis and Ciaran Foran (now Madden), at the time. Another survivor in the film is Carey Aurentz Cummins. She and Harold were producers on the project. I spoke with Carey’s dad at the hospital in 1988.

The word “strength” is tossed around a great deal when describing people who have come through tough times, whether it’s illness, the death of a loved one, financial ruin, and sometimes a combination of obstacles that can be described as anything from “struggles” to “horrors.”

But sometimes, even the word, “horror” fails to capture the reality. For Harold, Ciaran, Carey, and the other survivors, they have more than earned the right to be described as strong.

These kids about whom I wrote so many years ago are now adults. Most are parents, and have other distinctions. They speak with emotional intelligence, and a combination of world-wise weariness and keen awareness of everything good in their lives.

In 1988, I wasn’t old enough to be their parent, and I was young enough to remember, in detail, my own church trips to Kings Island, Opryland, and Six Flags, riding in a bus as old and as combustible as the one that erupted in flames that terrible night. I was too young to be responsible for the poor design of the bus, or even the tepid penalties for drunken driving on the books. But, I was old enough to feel, deeply, that somehow we had failed these children, and their families. I wondered if anything good would come out of the mess.

Without question, buses are safer now. Drunken driving laws are tougher. Those are very good things.

Viewing Impact After the Crash led me to realize that many, many of the survivors, their families, and the families of those lost, took ownership of that outcome beyond those obvious positive responses.  A thread that runs through their comments is about taking control of one’s attitude and optimism.

There’s a maturity about accepting consequences, and how one single decision can alter the course of countless lives. You hear the wisdom of talking through pain, letting go of anger, and perhaps most important, recognizing that the talking and the letting go sometimes have to happen more than once.

Yes, in a way, these individuals will always be kids to me. They are cute tweens with their 80s glasses and hairstyles, smiling back from grainy yearbook photos, images taken before they knew anything about how school buses are built, or what debridement and skin grafts are.

I’ve learned, however, that they are so much more.

Being self-employed actually means working for more people than I can count on most weeks. I like the fact that, usually, no two weeks are alike, but I’m also glad when some aspects change very little. Case in point, these three friends.

Maddie is in the foreground. She is a miniature Australia Shepherd/Poodle. Behind her is Macy, a blend of Pomeranian and Bichon-Frise. I usually walk these gals four days each week. They are fun, only infrequently infuriating, and sweet as can be.

The little guy in the hero shot above is Smoochie. His person took a tiny cable-knit sweater and crafted this coat/cape. Smoochie is Chihuahua and Miniature Pinscher. Whenever he goes outside, he adopts the posture of a great explorer stepping into the savanna. (He needs a pith helmet.) Every bird, breeze, footstep, and door slam is fraught with possibility for this little guy. He’s really smart, and I’ve never met a dog who enjoys squeaky toys more.

And here’s my best boy, Chip. Yes, he makes four dogs in this post, not three, however, he is actually in a class all his own. Unlike Maddie, Macy, and Smoochie, Chip is stuck with me pretty much 24/7. He is a unique blend of Chihuahua and some kind of terrier. He loves people, and is very curious about the goings-on of the bipeds. He is always up for making a new friend. Unlike “reindeer” Chis, Chipper is very close to the ground. Yesterday, we were taking a stroll past a construction site when one of the workers saw him and said, “Hola, Shorty!” That was followed by comments about my dog’s excessive cuteness. I couldn’t agree more.

These are my closest canine companions. I’m a lucky gal.

If you live in the Metro Louisville area, and need a dog walker and/or pet-sitter, you can find me on Rover.

When you are in charge, and something bad happens, instinct can serve you well, but not always.

Instinct can equip you to put out fires, the literal and figurative blazes, quickly and efficiently. As a business owner, or head of a community organization, that instinct is like gold. It can prevent a spark from growing into a conflagration.

Where instinct can let you down, however, is in dealing with the aftermath of a crisis. Your gut tells you to circle the wagons, swear people to secrecy, and give a terse “no comment” to the press, the public, and even your stakeholders. Bad idea.

How you handle problems says more about you as a leader than how great you look riding the biggest wave of success.

Matt Valentine of Goalcast recaps four major public relations crises, and how corporate leadership responded with integrity and transparency. A few things that rise to the top:

The Apple v. FBI example is unique, but there are lessons that can transfer seamlessly to your business or organization. The non-corporate tone of its response to customers is especially impressive. The document is straightforward and easy to understand, but it doesn’t bog the reader down with too much detail. It quickly goes to the heart of the issue, and states Apple’s position clearly.

If your business or organization is facing a tough time, there’s no need to tell the public everything about the crisis, but it is important that you tell them something that is truthful and makes sense. I have experience with crisis communications, and would be happy to help you with this, and other public relations issues. Contact me by email at danniewriter@gmail.com, or call (502) 432-8725.

May is a time to celebrate small businesses. In our mail-order/drive-thru/cookie-cutter existence, you, small business owners, give our lives and communities character, color, and identity. Thank you.

I’ve written frequently about how tough it is for small business owners to think proactively and for the long-term when immediate concerns are so, well, immediate. I don’t have any answers to a lack of time, but I’ve run across some tips and resources that can help you market on a shoestring.

Writing for Forbes, Mike Kappel has seven tips for small budgets. Note: It has never been easier to start a website or blog than it is right now. If you’ve been putting it off, don’t. Start with a simple, one-page site with a concise description of what you do, where you are, and how customers can reach you. Make sure the site looks good on smart phones and tablets.

If you feel like your business gets lost among your competitors during the big annual sales, consider picking a new date for a promotion. Small Business Trends has some ideas, and a comprehensive list of lesser-known “holidays” and annual awareness campaigns. (Remember, May is National Small Business Month.) Don’t get lost in the crowd; find your own day and start making plans.

Need some inspiration? Check out the companies that the U.S. Small Business Administration singled out for recognition in their annual awards. Read their stories. Take a look at their websites. Follow them on Facebook, Twitter, and Instagram. I’m willing to be that you’ll find at least one marketing idea that you will be able to implement immediately.

If you know you need to do a better job marketing, but can’t seem to find the forest for the trees, give me a call. The initial consultation is free.