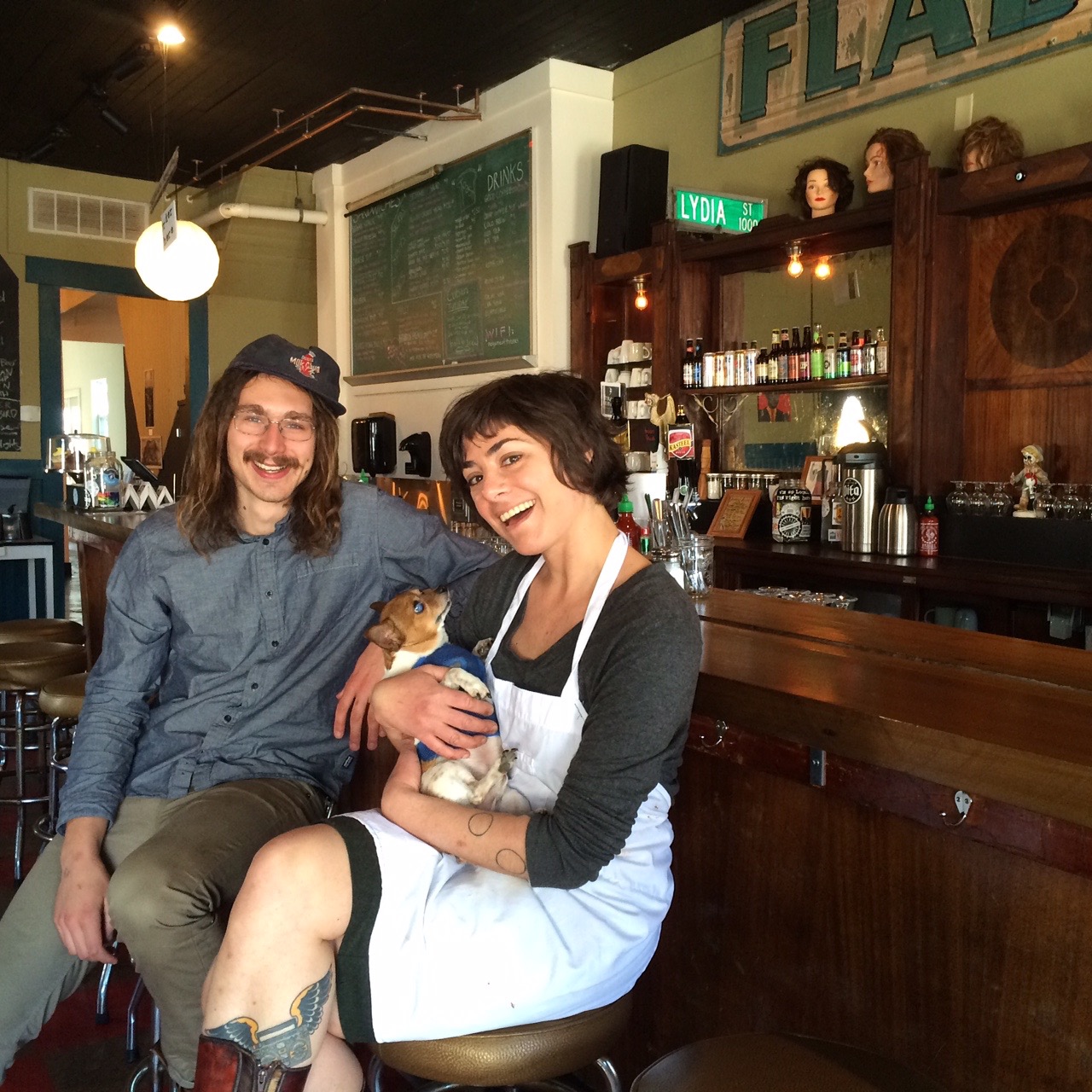 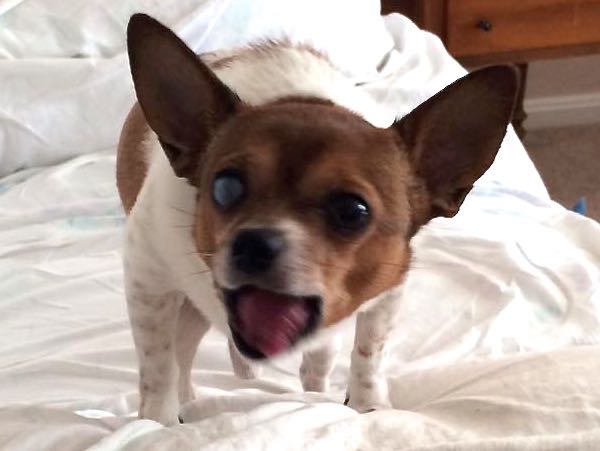 On a recent chilly day, Prue* and I went in search of a new destination for our routine, and as far as I’m concerned, we hit the Mother Lode.

Three Dog Bakery opened its doors about 17 years ago, and Pastry Chef Brenda (above) has been baking each of those years. The recipes are very pet-friendly, no sugar or salt, and there are also wheat- and grain-free offerings.

Brenda says she has the perfect job. She gets to bake but is never tempted to eat the treats herself, although I have no idea why; they are so yummy!

Prue says the treats are as pretty as any she’s seen in a bipedal bakery. Some are refrigerated and need to be eaten in a few days (no problem!) and others are good for weeks. (Why would you wait?)

As you can see in the top photo, Brenda also bakes specialty cakes and other treats on request. (I’m hoping for a bone-shaped cake for my birthday this year, even though we don’t know the exact date.)

They even have a party room! (Hint, hint)

The store is well stocked with all sorts of neat-looking merchandise, and Prue says I have to mention that they have stuff for cats, too. (Whatever.)

Three Dogs is a franchise, but with nearly 20 years of doggy-treat history in the ‘Ville, this shop is as local as Churchill Downs. They host adoption events, obedience classes (I must enroll Prue soon!) and pet first aid workshops. How neat is that?

Three Dog Bakery is on Chenoweth Square in St. Matthews. They have their own Facebook page, so check it out.